Viktor Serbin: “The cost of the first mistake in space is very high”

Victor Serbin is founder and CEO of SETS (Space Electric Thruster Systems). His company develops electric rocket engines (EREs) for positioning  satellites in orbit and moving satellites from a low reference to a geostationary orbit. SETS is a part of Noosphere association. SETS has its own laboratory in Dnipro to conduct research and development. “Space Ukraine” talked to Victor about his company and his vision on how young scientists and engineers can gain experience and establish a space start-up. 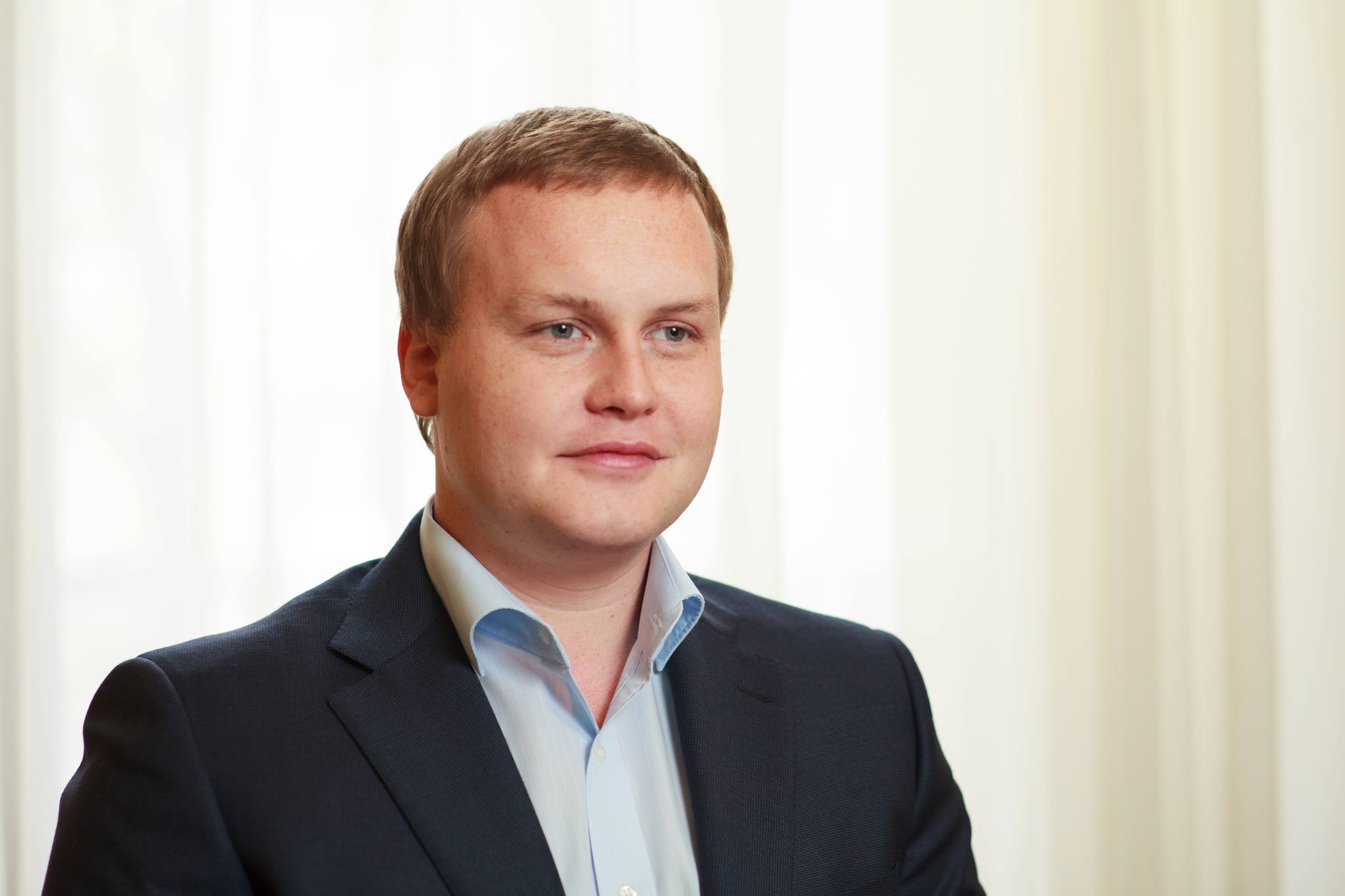 Tell us about your education, how did you become interested in space?
My father is a deputy director of “Pivdenmash”. I’ve been introduced into rocket building from childhood. My education is not connected to space. I got Master’s degree at finance in Dnipro National University. Then I joined financial department of “Pivdenmash” and got interested in space projects. I was engaged in administrative and financial support of some fantastic endeavors – “Sea launch”, “Ground launch”.

How did you come up with an idea of electric engines?
After the “Sea Launch” was closed, I went to work in Noosphere as an ordinary analyst. Having analyzed the market of rockets and space services, I saw an opportunity in  electric rocket engines. I suggested investor to start a new project. We discussed this idea and decided to develop it in Ukraine.

Tell us about electric engines. Is it a promising technology?
Engineers have been developing electric engines since the 70-s. But at the time of ERE invention, progress has not yet reached the level, where electric engines could be efficient. Now the situation has changed. Companies like NASA expect that the number of satellites with electric thrust will increase by 30% within 10 years. 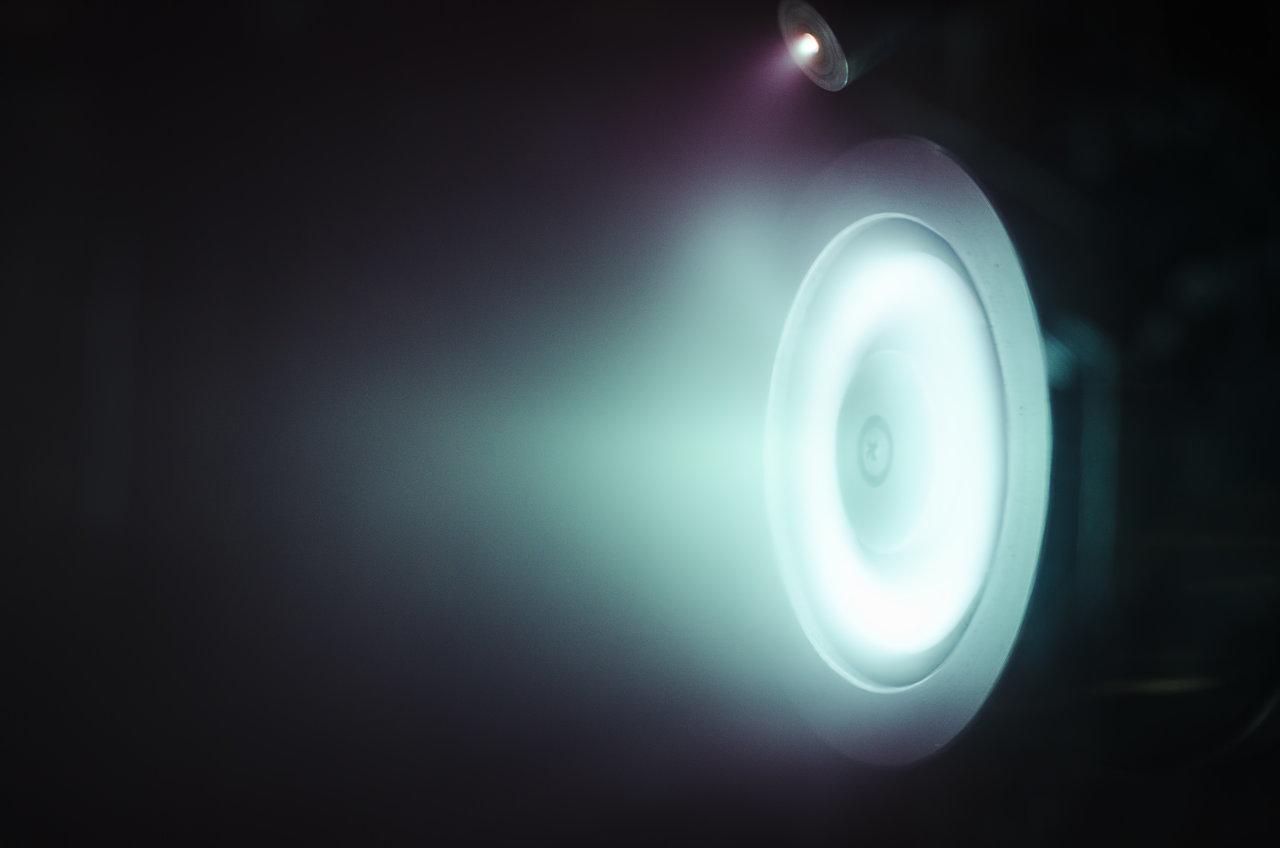 ERE does not require a lot of fuel on board. Hence you can decrease satellite weight and put a bigger payload or extend satellite period of life in orbit. Geostationary communication satellites used to work for 7-12 years on orbit. Nowadays this time increased to 12-17 years, and satellite operators plan to extend it to 21 years.

Satellites constantly need small corrections to position themselves accurately in space. If satellite runs out of fuel,  it can no longer operate properly, although the on-board equipment keeps working. The average cost of a communication satellite in geostationary orbit is $150- 300 mln. This is a huge investment. Using EREs we can extend satellite life time, which is highly appreciated by operators.

Who are your competitors? Do you compete against companies with similar products or alternative technologies?
Both. There are hydrazine engines, cold gas engines, ammonia engines. There are many types of electric engines. Some engines are produced by serious companies, such as Airbus, Boeing. There are 8-10 globally recognized brands. Besides, there are startups, like ours. They own small laboratories. However, start-ups are mainly focused on small engines, which can be installed on the popular now “Cubesat” satellites. We are different. SETS develops engines both for “Cubesat” and for larger satellites with a weight up to 300 kg. 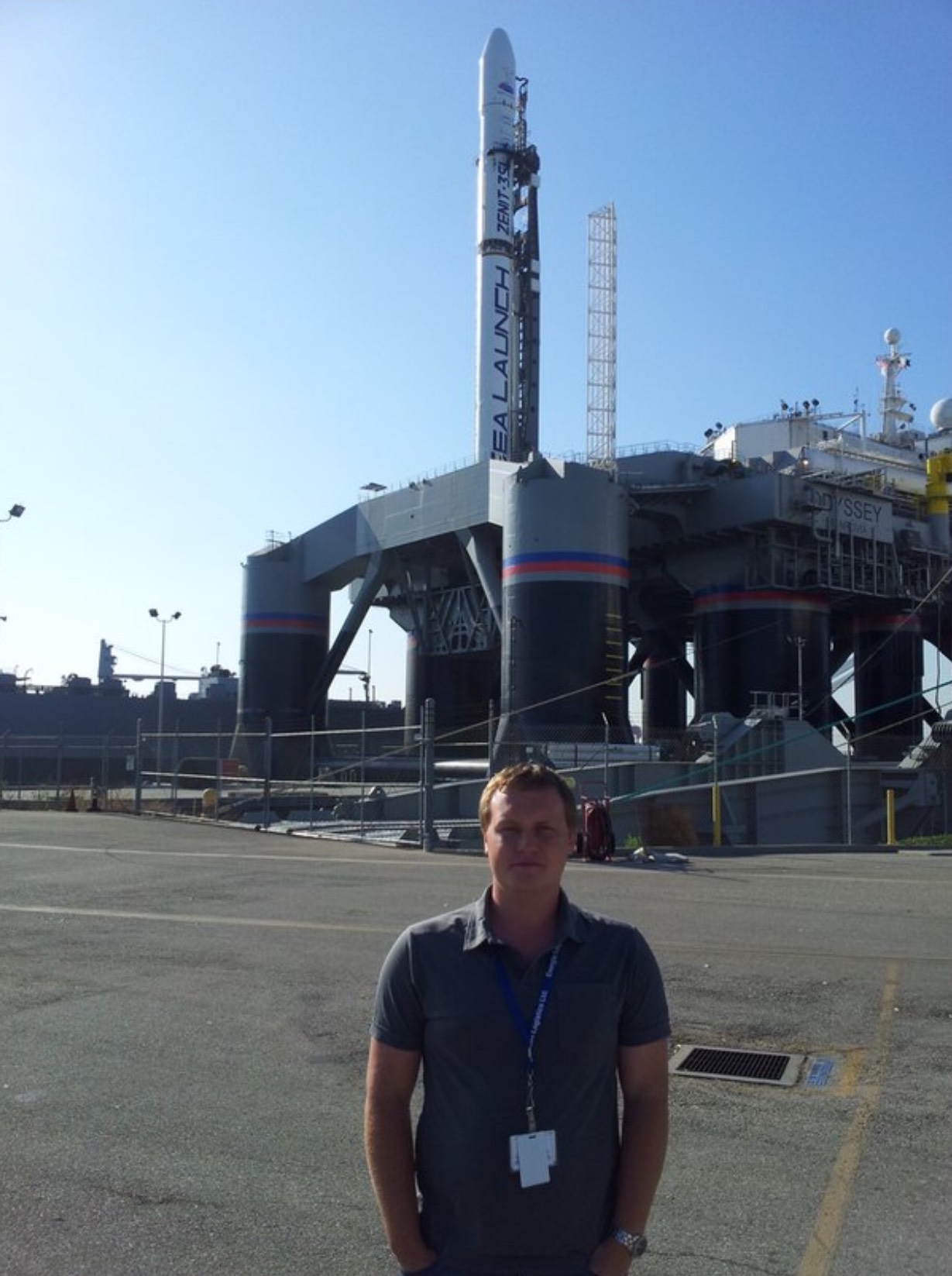 Who is working in your project?
We are a team of 14 people. We have 3 specialists with experience of working on EREs back in Soviet era. One of them worked on EREs in NASA in 90-s.

As far as I know, you are testing not the first generation of engines. What success did you achieve?
We’ve been working for 1 year. During this time we tested more than 50 engine versions. We created our own test stands, vacuum chambers, bought equipment necessary for testing EREs. In a course of last year more than 50 engine versions were tested. Now we have settled on two options. It is a permanent magnet motor and engine with anode layer. By the next year we plan to make an “engineering model” that will be tested for subsequent certification.

Engineering model – is this a model, that you create before final?
Yes. “Engineering model” goes through all kinds of tests. These are vibration tests, tests for electrical compatibility, thermovacuum tests, etc. Then we’ll create the model, that can be installed on satellite. After the first launch we collect all the telemetry data. If engine performed well, it can be considered to be the final product, which is further offered on the market. 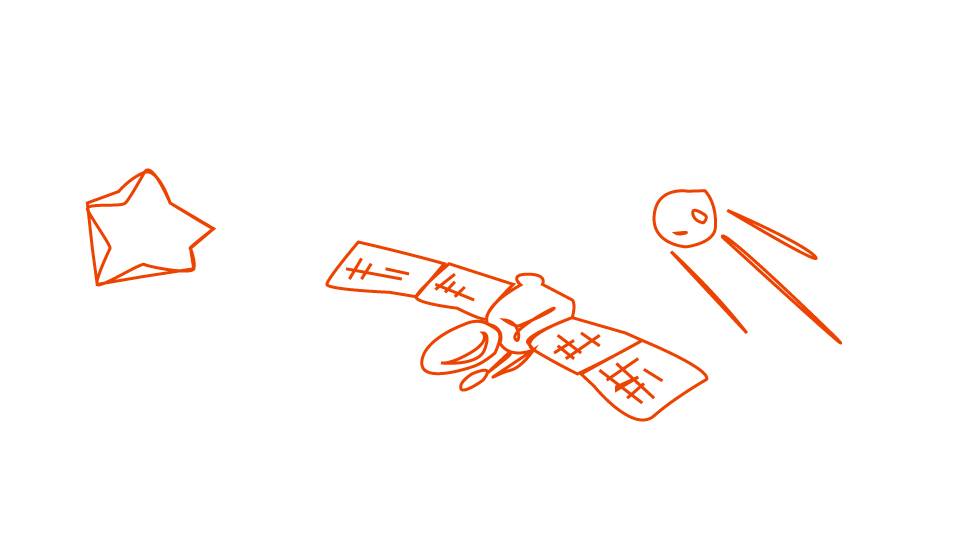 Do you already have contracts?
Right now we are only doing the development. I assume, we’ll need a year at least before we complete all the tests and certification. Getting certificates is a complex process.

Where will you undergo certification?
We can go through certification in Ukraine, European Space Agency, NASA. It depends on where we’d like to win the contract. For certification to meet international standards, it should be done in the USA or Europe. Then we’ll be able to work with customers all over the world. 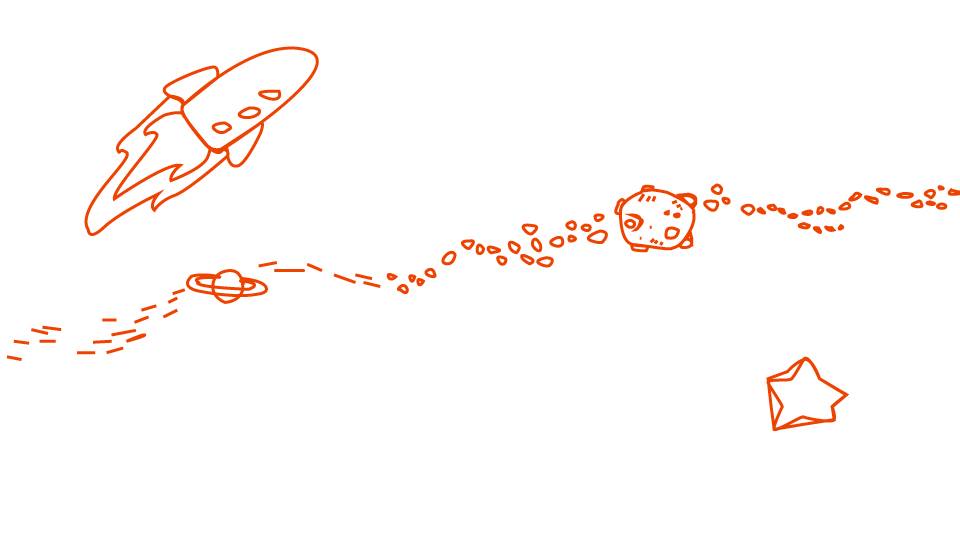 Which markets do you plan to target? Will you sell your engines in Ukraine?
We don’t have a single market to focus on. By the way, I wouldn’t write Ukraine off. There are projects in Ukraine, where our engines could be used. Certainly, it’s not comparable with a demand we might have in Europe, the USA or Asia. Also India is actively developing now. They are launching many satellites, where our engines could create value.

There are very few companies, that develop electric rocket engines. If you go to the market with a ready flying model, participate in exhibitions, conferences, then in half a year, everyone will know about your company. You will be able to set up business meetings and hold negotiations to receive the first clients. In space industry it is very difficult to get a contract, because the requirements are very tough. If you launch the satellite, and your engine doesn’t work in space, it’s 90% probability nobody will work with you in future. The cost of mistake is high. That’s why we conduct that many tests.

What can you advise young professionals who want to work with space technologies?
It all depends on what kind of idea you have. Rockets is a one thing, engines is completely another. I believe that a young specialist should find a mentor, an experienced person, from whom he will learn. Often young people think “I will do everything quickly”. But when faced with the development of space systems, you don’t know even 10% of what is needed. Sometimes the development is underway, and it seems that it’s almost over, we did it! But then it turns out that you need certification, testing, you face lack of material and a lot of other problems. This is very difficult. I believe for a young professional there must be a goal to gain experience. And then, based on experience, you can realize your own ideas. 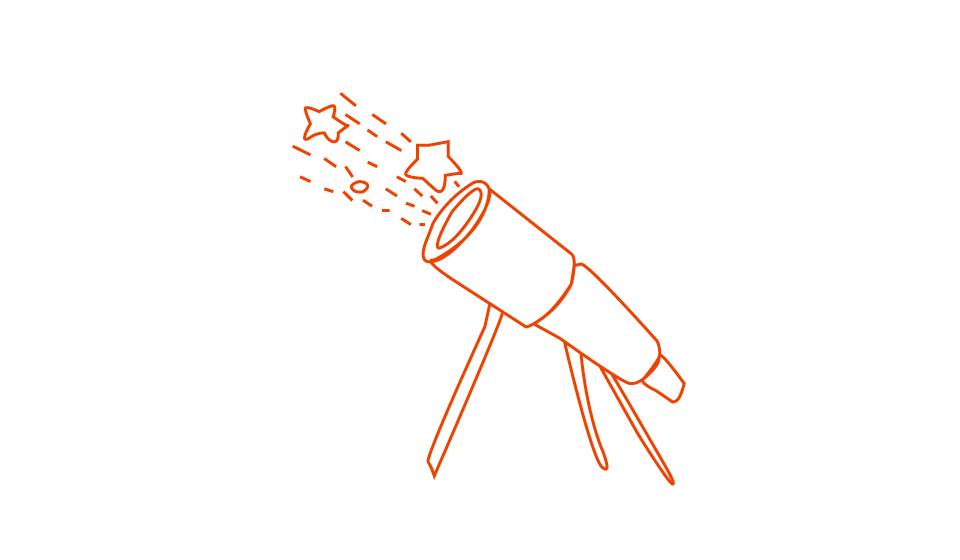 Where is better to start working: in a private or a state company?
It depends on the person and his goals. Some people say: “We want to work in a private company.” Others say: “I work at “Pivdenne” or “Pivdenmash” and do not want to leave. I’m comfortable here.” If a person has a whole family working in a state enterprise, it is likely that he will want to stay, where everything is familiar. Scientists and engineers are often conservative people. For them, such a change of environment means stress.

Of course, a startup can lure with its novelty and freedom of action. But if you are inexperienced specialist and act solely by intuition, you can make a lot of mistakes. It is unlikely that something good will come out of this. All young people first need to get into a private or public company, which already has some experience to learn from.

Do you have a hobby? Is it connected to space?
Only work, only the project. Honestly, I don’t have time for anything else so far.

What kind of space projects Ukraine can be proud of?
Ukrainian space developments are rooted in the Soviet Union. Launch vehicles “Zenit“, “Cyclone“, etc., which were produced at “Pivdenmash” are Soviet developments. “Pivdenne” design office is engaged in the development of various types of rocket engines. They are interesting, but so far they are at design stage, rather than engineering models. I also believe “Sea Launch” to be a great success that we managed to achieve in cooperation with other countries. “Sea Launch” is unique, it’s like no other!

Mikhail Ryabokon: "All the breakthrough ideas are suggested by young people"

Maxim Tkachenko: “Dnipro is a city of space startups”